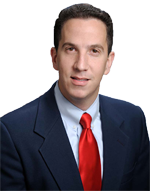 Its proximity to Washington, D.C., gives the Baltimore Jewish community a front row seat to national politics, but now the political spotlight has turned on an upcoming local election. Community activist and small business owner Isaac “Yitzy” Schleifer has launched his candidacy for city council; this could be a watershed election for Baltimore’s Orthodox community which, for the first time, has a very credible opportunity to put a frum Jew in City Hall. Outside of New York, Orthodox communities are less organized in the political arena, but this race has attracted the involvement of New York State Assemblyman Phil Goldfeder who came to Baltimore recently to help Schleifer campaign and to host a fundraiser at the home of Mr. and Mrs. Irwin Azman.

Goldfeder explained, “I hope my involvement in Baltimore will show how critical it is for Orthodox communities to unite behind its candidate, organize strong grassroots efforts, and offer fundraising support. While this is common in New York, we should be showing our strength as a political bloc in vibrant Orthodox communities all over the country.”

“I am honored that Assemblyman Goldfeder understands how critical this race is.  I hope his efforts in Baltimore will really encourage every member of our community to register and turn out to vote,” said Schleifer.

Ezra Friedlander, CEO of a public policy consultation firm, said, “There is no question of the benefits of an elected official who actually lives in the community, shops in the same stores, and sends their children to the same local schools as you. They will have an enhanced understanding of the issues that affect you daily and be able to work harder for you.”

Friedlander reflected on how New York State Senator Simcha Felder got school transportation for yeshiva students finishing their school day later than local public schools. “Only as someone who understood the ebb and flow of the community could he take the appropriate actions to provide thousands of yeshiva students with needed transportation.” And before Senator Felder took office, “Local frum families had to borrow thousands of dollars to sue the Board of Education to get reimbursed for the services the local government was supposed to provide for their special needs children. Today, Felder has established collaboration with the Mayor’s office, alleviating financial hardship.”

Ari Mandelbaum, a frum city councilman in the Detroit suburb of Southfield, Michigan, noted the importance of electing frum leaders. “Frum communities around the country have more needs as they grow, including social services, safety concerns, and city programming.  Usually frum candidates have been volunteers within their shuls and community organizations and want to help on a larger scale.  Communities must rally behind them to have a voice that truly understands their needs.  Having someone in elected office, rather than just outside advocates, helps in the early stages of drafting legislation to ensure that frum communities have a part in making decisions that will affect them.”

With thousands of frum voters in Baltimore City, Schleifer is focusing on taxes and crime. Baltimore residents pays the highest property taxes in the entire state of Maryland, hurting frum families who are already burdened with tuition, private school transportation costs, mortgages, and daily household needs.

He also points to the crime wave that has targeted the frum community with dozens of home and car break-ins recently. Baltimore has the second-highest murder rate in the country; criminals know that police are tied up with homicides and can’t put enough resources to protect the frum neighborhoods. “When we find thugs in our homes, we have to step up and make sure our families are safe. This helped propel me into the race,” said Schleifer.

Baltimore voters must be registered Democrats to vote in a Democrat Primary, so Schleifer is working to help frum Jews registered as Independents or Republicans switch party affiliation. His campaign is also challenged by the election being held on Chol Hamoed Pesach, when many frum voters may be busy or out of town.

Friedlander emphasized, “It’s an abomination for any member of our community not to vote! If you do not vote, you have abdicated your right to question anything the government does.” He encouraged parents to take their kids to the polls before going on Chol Hamoed trips for an important educational experience.

Yonason Schenker, a New York based consultant who has worked as a political advisor to various city, state and federal campaigns, agrees that if the frum community fails to vote, they only have themselves to blame if they fall short by a small margin. “A Pesach election is problematic. As a campaign strategist, I would encourage the Baltimore Rabbonim to have their congregants utilize absentee ballots and Early Voting. The community needs to understand the importance of having one of their own working within the City Council.”

Schenker noted, “Unfortunately, many frum Jews don’t vote, but every single vote makes a difference. I have seen candidates lose by a handful of votes. Assemblyman Goldfeder told us about a frum city council candidate in New York who lost by 79 votes. What if that happens here?”

Mandelbaum agreed. “Unfortunately, some people don’t believe that their vote will make a difference for a frum candidate; this is simply not true. And when they are involved in the process, it shows that the community cares about the city they live in and want to make it better. Voting shows they do not want the status quo.”

Mr. Friedlander pointed out that “We have a unique responsibility to vote because historically the Jewish people were discriminated against in countries where we resided and did not have equal rights. Additionally, because frum Jews proportionately are few in numbers, in places like Baltimore where we can determine the outcome of the election we must. If our voting rights were taken away, suddenly every person would want to vote. Only a few decades ago, Africa-Americans were denied their basic rights to vote in many parts of the South. Let us remember: voting is both a sacred right and responsibility.”

Added Schenker, “The frum community should be encouraged by the opportunity to make history this year in Baltimore.”