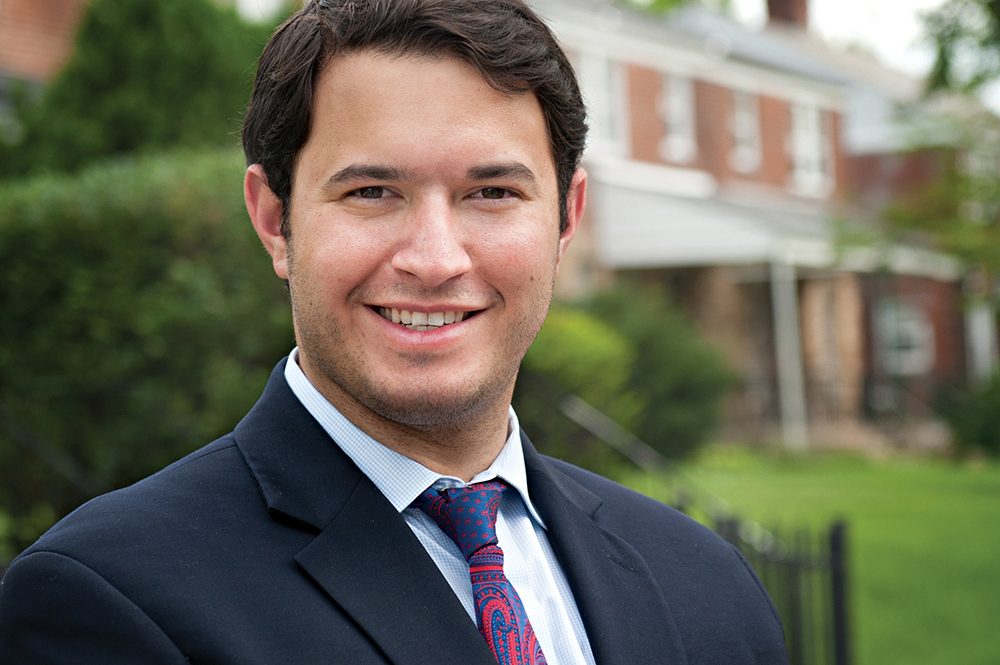 The race to replace longtime City Councilwoman  Rochelle “Rikki” Spector  has started out promisingly — there are a total of 4 candidates running for the seat, some more serious than others. In a district known for its neighborhood activism, voters are left with really one top performer: Isaac “Yitzy” Schleifer.
Yitzy offers a particularly clear and persuasive vision for fixing the city’s ills — crime, safety, failing infrastructure — and is ready to hold his own in the City Council. He is smart, intuitive, enthusiastic, indefatigable and has a strong sense of the neighborhood issues that concern residents of Council District 5 where he was born and grew up, including, traffic, broken streets and the needs of the underprivileged.

The candidate who will continue to grow into a highly competent and professional council member who can tackle citywide problems and minister to constituents without being pushed around by special interests, is Schleifer.  For these and other reasons BaltimoreJewishLife.com (BJL) is proud to endorse him.

Schleifer is affable and energetic. He is a member of the Democratic State Central Committee, Vice President of the Cheswolde Neighborhood Association and employed as the Community Liaison to the Baltimore City State’s Attorney’s Office. Additionally, he has managed and run various business entities and looks at projects from a cost-benefit perspective. While young he has a record of leadership in the community. He sits on various non-profit boards, including the Myerberg Center and the Hebrew Free Loan Society.

Schleifer has shown that he can lead projects from start to finish. As a community activist he was able to implement the City’s summer lunch program for Kosher-observant children – a first in the history of Baltimore City. Literally thousands of free meals were served to our children as a result of his initiative.

He looks for solutions, instead of focusing on problems. He was one of the persuasive voices that made Baltimore City take a close look at the Police Crime Lab which just recently was awarded additional funding to add 10 new desperately needed technicians and forensic scientists. It is this kind of forward and innovative thinking that our community and City needs at this time.

When Yitzy first contemplated running for office, someone tried dissuade him by telling him he was too loyal and honest for public office. That’s exactly why BJL has decided to endorse Isaac “Yitzy” Schleifer for the 5th District City Council seat.